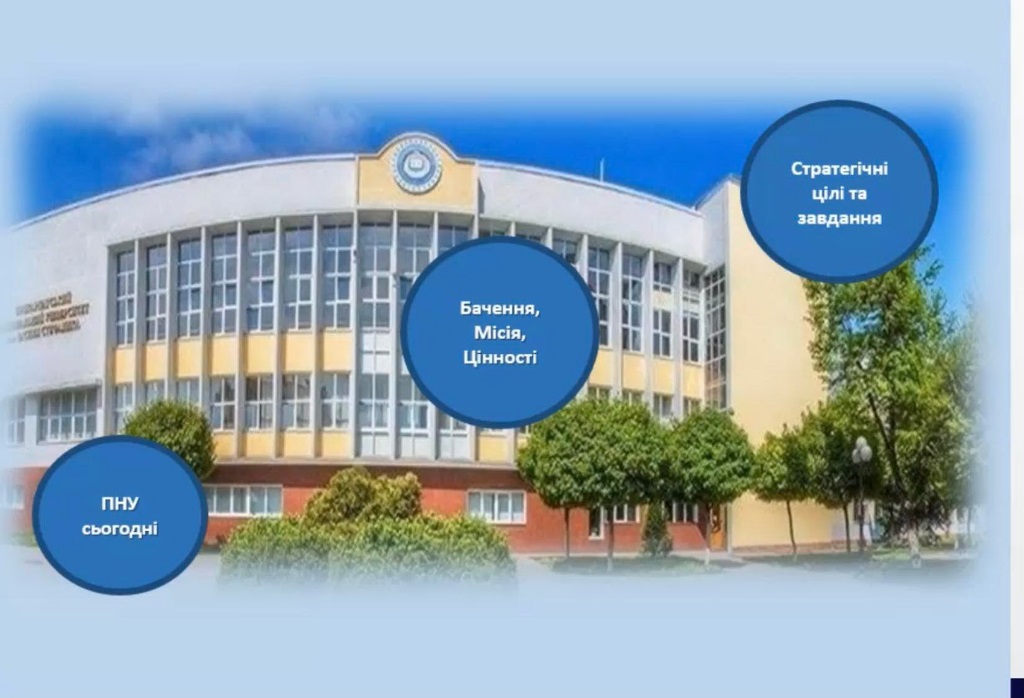 On March 29, an extended online meeting of the Academic Council of the Vasyl Stefanyk Precarpathian National University was held with the participation of faculty. The meeting was attended by the director of our Institute, as well as leading experts Anna Shkoruta and Natalia Dranitsyna.

Vice-rector for research Valentyna Yakubiv reported on the results of the university’s research activities in 2021 and the tasks of structural units to increase the efficiency of scientific research. She gave a general description of research results, spoke about funding for science, implementation of research projects, including international ones, focused on publishing activities of research and teaching staff, touched upon the topic of students’ research and noted that all scientific achievements of the university are reflected in prestigious international rankings.

In the reporting year, the number of publications of university staff articles in publications included in the scientometric databases SCOPUS and Web of Science increased, the university’s h-index increased by 6 positions to 52. Monographs and textbooks were published. International, all-Ukrainian and regional scientific conferences were held at the university. The quality of students’ preparation for participation in international and national competitions of scientific and creative works has also increased and the number of winners has increased.

Members of the Commission for Science and International Cooperation of the Academic Council of the University took part in the discussion of the report of the Vice-Rector Valentina Yakubiv. In particular, the chairman of the Commission, associate professor of chemistry at the Faculty of Natural Sciences Tetyana Tatarchuk proposed to create scientific micro-teams that should increase the productivity of interdisciplinary areas of research. “If you want to move fast, go yourself. If it is far, then with the team”, – said Tetyana Tatarchuk and gave examples of scientific developments of the Precarpathian University, which are very useful during the war.

Rector Igor Tsependa summed up the discussion on science at the university and its further development.

“The applied value of science is a priority today”, rector declared, and added that during the war and in the coming postwar period, high-tech companies that will expand in the rear regions will need an intellectual component of the university.

The rector supported the idea of ​​Tetiana Tatarchuk to form separate scientific groups, noting that “we are entering an era of pragmatism regarding the scientific activities of universities”.

“The university must take a new breath thanks to the titanic scientific work of the whole team”, said the rector.

Therefore, after hearing and discussing the report of the Vice-Rector for research Valentina Yakubiv on the results of research activities of the University in 2021 and the task of structural units to improve research efficiency, the Academic Council noted that in the reporting year the university systematically took measures to improve research work on priority areas of science and technology. However, in the organization and implementation of research there are a number of problems that require urgent solution.

The Academic Council decided to approve the report on the results of research activities of the university for 2021. The Academic Council also called for focusing on developing an individual trajectory and roadmap for the development of scientific research; ensuring a high scientific level of research, protection of copyright and intellectual property of the results of research and development; intensification of grant project activities among young scientists, including graduate students. Heads of departments were invited to conduct a SWOT-analysis of the effectiveness of the development of scientific activities of structural units and to develop strategic directions and a plan to improve the effectiveness of scientific work at the department. Deans of faculties and directors of institutes to analyze strategic directions of development of departments and to carry out systematic monitoring of achievement of the set purposes.